Black Friday Madness; you have only...

The starting point of the Feuerhand lantern can be found in the Saxon Ore Mountains in Beierfeld. There, Hermann Nier operated a plumbing workshop in the 1870s and built lanterns, among other things. With the increasing industrialization, the workshops were replaced by factories, which manufactured their products with the help of machines - such as in Beierfeld, which was known for its metalworking. The brothers Hermann and Ernst Nier founded a production plant for storm lanterns there in 1893.

Five years after its foundation, the Frankonia company, Albert Frank Metallwaren, was taken over and the brothers became Kidney Managers. Due to disagreements with Frankonia, in 1902 Hermann Nier finally made his own storm lantern factory "Hermann Nier Feuerhandwerk" independent. In the same year he registered the Reich patent for the production of lanterns by means of folding and punching technology with dipping and without manual soldering.

In 1914 the "Feuerhand" trademark was registered as a German Reichs-Utility Model (DRGM) for all products, and in 1920 the brand was supplemented with the round Feuerhand emblem. Finally, in the US in 1926, patent applications and the "Firehand" trademark followed. Then, in 1933, the production of the well-known small storm lanterns - the Baby series - started with refractory borosilicate glasses from Schott from Jena.

Between 1918 and 1938, Nier Feuerhand became the world's largest manufacturer of storm lanterns. During this period, various applications for new patents were made, including the improvement of the burner and the development of a windshield, the so-called storm cap. With the start of the Second World War, the world market collapsed, causing production to fall. Like many factories, Nier Feuerhand eventually took over military production.

After the war the Nier family was expropriated, the machines were dismantled and brought to the Soviet Union. The family fled westwards to Lüdenscheid in Westphalia and built a small series production there, which was relocated in 1949 in the Schleswig-Holstein Hohenlockstedt. In Beierfeld, both the buildings and the original design drawings were taken over by the state-owned company Metallwaren (short VEB MEWA). The brand name "Feuerhand" still belonged to the Nier family, so the existing trademark "BAT" was used for production in the GDR. This production lasted until 1990.

The Feuerhand Baby Special 276 cold air lantern has been produced since 1989 as the only model. The world famous brand and the production of storm lanterns now look back on more than a hundred years of tradition.

Feuerhand has been part of the Petromax group since autumn 2014. The Feuerhand Baby Special 276 is galvanized and available in different colors. It is still produced in Hohenlockstedt and proudly bears the title "Made in Germany" 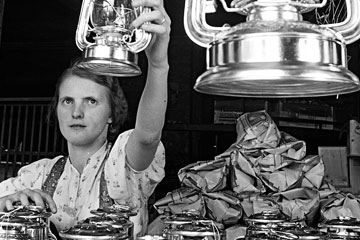 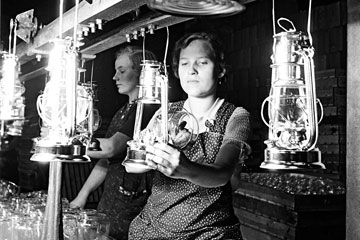 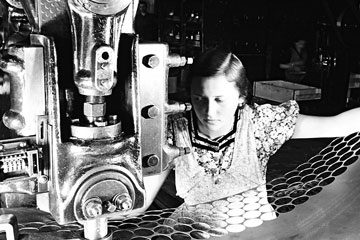 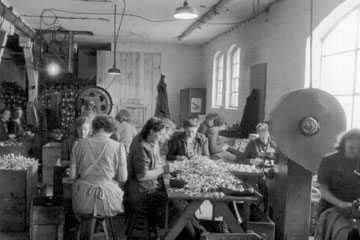 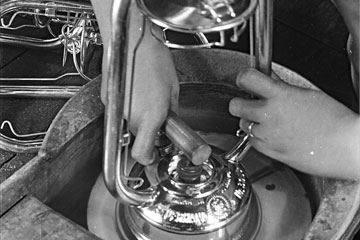 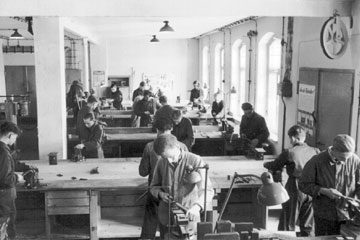 This storm lantern has been the classic of German TOP quality classics since 1893. The one and only heavily galvanized and stainless steel storm lantern. There is a quality difference between the "normal" storm lanterns and the Feuerhand storm lanterns, which are still made according to tradition and high quality standards in Germany.

The Feuerhand oil lamp is of high quality, made of high-quality materials, guaranteed leak-proof, excellent performance and good light output. A sustainable top quality oil lamp with a burning time of at least 20 hours with a full tank, even with strong winds.

This Feuerhand lamp is also used in the army, partly due to the unbreakable glass, the long burning time and the good light. Also suitable for other harsh outdoor conditions, for camping, on the boat, during the BBQ or just in the garden or on the terrace. Feurhand Lampe Made in Germany since 1893! Height 26 cm without handle, 0.34 liters. The lamp complies with the latest standard 14509: 2002.