We are crazy about chicken in the Netherlands. We eat an average of more than 20 kilos of chicken per person per year. The supermarket is the favorite place to buy chicken, only 10 percent is from poulterers or butchers. When we eat chicken, we prefer to eat the fillet in the Netherlands. More than 60 percent of the prepackaged chicken sold in our country is fillet, although the thigh is taking on an increasing share of sales. Unfortunately there is no 60 percent chicken fillet on our chickens. This means that the rest, the bolts, wings and the organs are mostly exported. And that's how those delicious chicken wings that we BBQ'ers love so much, disappear to other markets

A chicken wing consists of three joints, but often it is only the first two joints that end up on the BBQ or in the deep fryer. Not so strange, because they are also the meatiest. The wings are also the greasy cuts of the chicken, and for some the tastiest, not least because the wings are perfect finger food. And as with all cuts, there are many ways to prepare chicken wings. Some are so tasty you'll lick your fingers. So yeah, that's Finger Licking Chicken.

Step 3: Prepare your BBQ for indirect cooking and add a handful of Apple Chips.

Step 4: Place the chicken wings on the indirect part of your barbecue, close the lid and let the wings cook for 45 minutes, or at least until they have a core temperature of 730C in the thick part.

Step 5: Meanwhile, mix the rest of the honey with the BBQ sauce and the chili sauce. Use a brush to coat the wings on the BBQ with this mixture. Make this nice and thick, because it should be finger licking wings. Do this at least three times while they are on the BBQ and turn them regularly.

Step 6: When the chicken wings are cooked, brush once more with the mixed BBQ sauce and serve. 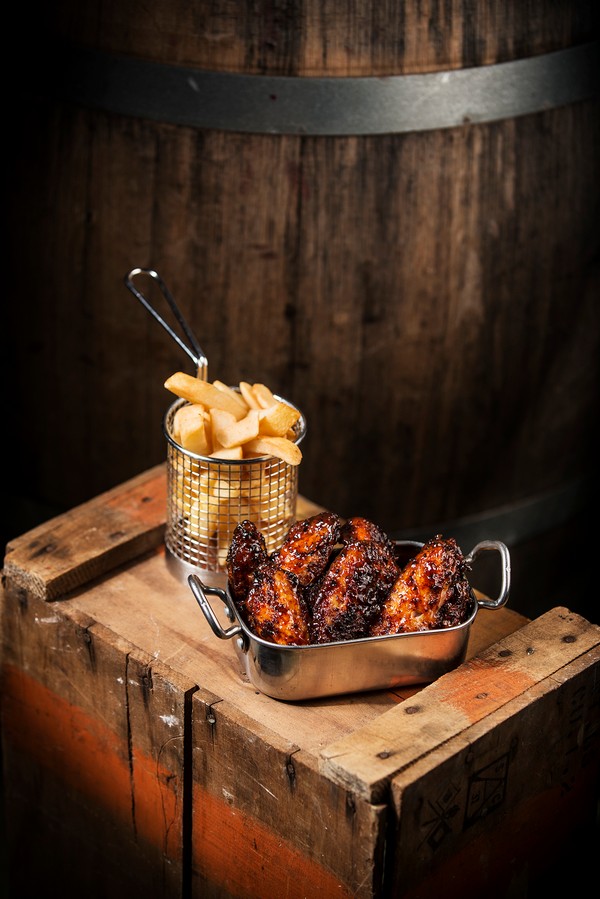